With July 4th right around the corner, you could soon be holding a cold brew, but did you know your beer could be the subject of an intellectual property (IP) lawsuit?! IP law is not limited to gaming and music, folks! As you lift your Coors, Blue Ribbon, or Heineken, for example you know before your first sip what to expect. You associate the mountain top, blue prize ribbon, or green can with the flavor you love. This expectation may be the result of the trademarked label or appearance. Anheuser-Busch, LLC is getting sued, allegedly for using marks owned by a Native American tribe from North Carolina in connection with its beer.

Anheuser-Busch, LLC is a subsidiary of Anheuser-Busch InBev SA/NV, and is the owner of Budweiser and Bud Light brands. You have likely heard some other buzz (no pun intended) about this beer giant recently, because it has announced the pending appearance of “America” on its cans, along with “E Pluribus Unum,” the Latin phrase on the U.S. dollar, meaning**“Out of many, one.” Reportedly, this change is an attempt “to inspire drinkers to celebrate America and Budweiser’s shared values of freedom and authenticity.” Well, out of the many American symbols, Budweiser beer is becoming associated with more and more of them!

The Lumbee Native American Tribe is suing the company for trademark infringement, unfair competition, and deceptive trade practices for the beer’s appearance in a display case featuring the phrase, “Heritage, Pride & Strength,” along with the Lumbee Native American Tribe’s circular logo and name. The complaint accuses Budweiser of using the tribe’s slogan since 2015, and its logo since 2004!

So, to be clear as crystal I said the marks appeared on a display case, not the can itself. Budweiser beer has simply been sold from a case where the marks were featured, so what’s the problem? Well, according to the Tribe’s complaint, the display case has confused many consumers, including Tribe members.

This is the test for trademark infringement: what is the likelihood of confusion to consumers about who produced the subject product? For example, if a superstore places t-shirts on a shelf labeled “journals,” consumers are unlikely to think the t-shirts are journals. Or, if a car company and a lip gloss company have the same name, consumers are unlikely to believe that the same company produced both products. Allegedly, in this case, there is actual confusion. Would employees of the car company buying the lip gloss believe that it was produced by them? Whether there is enough proof of confusion in such cases is for the court to decide. 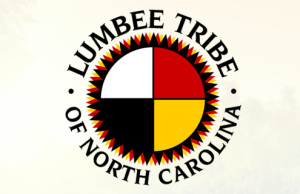 The purpose of a trademark is to allow consumers to make quick, accurate, and informed decisions about what they are getting. Trademarks, by design, give consumers comfort in their expectations for all aspects of a product, so for beer this could be flavor, quality, and texture. They can also be used to demonstrate an association with another entity though licensing. For example, Disney licenses its characters to appear on almost everything in your home, from clothes and accessories to toiletries and toothpaste to cereal and fruit snacks. In this case, Tribe members expressed concerns that association with a beer will perpetuate stereotypes that Native Americans drink too much or otherwise abuse alcohol.

But who is responsible for the confusion here? The confusion was created by the display case, and not the can itself. As soon as the accusations began, the beer giant immediately pointed its finger at its local distributor, co-defendant R.A. Jeffreys Distributing Company. The distributing company then came forward, announcing that the beer company took no part it its display, and its signs were meant to “honor the rich heritage of the Lumbee Tribe.”

So how much money are we talking about for sticking some cans in a case? If the Tribe succeeds in proving infringement, it could be awarded actual damages and any profits resulting from the confusion created by the display case, plus interest. These profits are referred to as “disgorgement” by courts. We are not likely looking at an insignificant amount of money. How much beer has been sold from that case? Think about how much you spend on beer, or have for Memorial Day, or will for the 4th of July. Americans certainly love their beer while on holiday, or not.

Brewery Has &quot;Gigantic&quot; Problem with Name of New Disney Movie