If you are telling dad that he is super, you better buy him the authorized shirt. DC Comics has filed a lawsuit for counterfeiting, trademark and copyright infringement over a shirt that features the word “dad” in a Superman-styled logo. 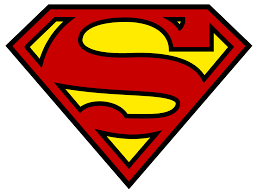 The first story of Superman was published back in 1938 and since that time he has sported different but similar versions of the Superman logo. The logo is iconic and features the letter “S” in a five-sided diamond.  Over the years the colors have changed but mostly remain yellow and red. There is no doubt that the logo is one of the most famous and endearing trademarks in the world. The Superman logo can be seen on about every product imaginable and DC Comics owns several registered trademarks for the logo and copyright registrations for the design. 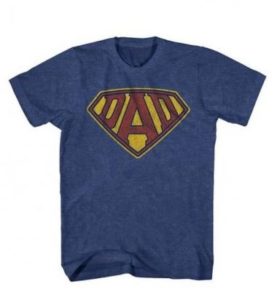 Defendant, Mad Engine, Inc., is a California apparel company that sells product to such retailers such as Target, Walmart and Amazon.com. On its website, Mad Engine claims that it is a leading licensed apparel wholesaler of many famous brands including Star Wars and Marvel Comics but not so when it comes to DC Comics products. Mad Engine started distributing, without permission from DC Comics,  its “dad” shirt that is an obvious play of of the Superman logo.  DC Comics also has its own licensed “Super Dad” shirt that can be seen to the right in the image below. DC Comics claims that mad Engine’s “dad” shirt is infringing both DC Comic’s trademarks and copyrights. DC Comics seeks damages, its costs including attorneys’ fees and wants the “dad” shirts destroyed.
In an interesting move, DC Comics claims that the “dad” logo is a counterfeit of the Superman logo. The Lanham Act defines a “counterfeit” as a spurious mark which is identical with, or substantially indistinguishable from, a registered mark. So when looking at the two logos, do you consider the “dad” logo to be either identical or substantially indistinguishable from the Superman logo? To establish trademark infringement, DC Comics must show that the two marks are confusingly similar.  To establish copyright infringement, DC Comics must show that the two logos are substantially similar. I think these last two claims are more easily established than counterfeiting.  If Mad Engine defends this action, they can assert a defense of parody and maybe argue that the logos are not similar at all.