Disney was finally able to put this lawsuit on ice. After failing to have a copyright infringement suit dismissed, Disney agreed to settle a dispute claiming it stole the teaser trailer to the hit movie Frozen. 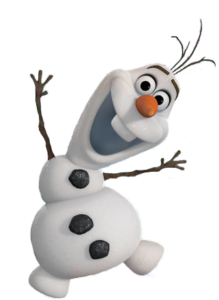 The plaintiff in this case did not claim that Disney stole the story of Frozen from her but only a part. Kelly Wilson alleged that Disney essentially copied the digital short film Wilson created called The Snowmanfor their Frozen teaser trailer. The clip at issue shows a snowman that loses his carrot nose. The nose slides to the middle of a frozen pond where the snowman and an animal try to recover the nose. The animal wins and eventually gives the nose back to the snowman.
Last July, U.S. District Judge, Vince Chhabria, denied Disney’s motion to dismiss a lawsuit, stating “[a]lthough Disney is correct that differences exist between the works… their plot and sequence of events have too much in common for a court to conclude that ‘no reasonable juror could find substantial similarity of ideas and expression’”.
After this ruling, the parties entered some heavy duty discovery. Disney claimed that it deposed nine different witnesses and reviewed nearly 80,000 pages of documents and was unable to detect “a shred of evidence that anyone involved with the Frozen trailer knew of The Snowman” and the case should be dismissed. Two writers typing on two different computers across the world can create the same story but in order to show that one writer stole the story from the other, the infringer must have access to the work. Here, Disney argued that it did not have access to The Snowman and independently created the idea and therefore has not committed infringement. The judge again denied Disney’s attempt to dismiss the case.
The case was ready to go to trial but, yesterday, Judge Chhabria signed off on a settlement of the case. While the actual terms of the settlement are not public, the Judge permitted the case to be dismissed at the parties request. Here, the parties most likely enetered into a confidential settlement agreement. The case was set for trial so, either way, the parties will save some money on attorneys’ fees. The question is, did Disney have to pay to have to case dismissed? We will likely never know the answer to that question but if a copyright attorney is the main villain in Frozen 2, it might be a hint that Disney did reach into its pocket.

Marvel and Lucasfilm Prepare Battle with the &quot;Inhumanoids&quot;