Man, you never want to aggravate the Mouse, ever. If a lawsuit wasn’t enough, Disney has now moved to cancel the trademark of the NEW YORK JEDI in a battle being fought on many fronts. 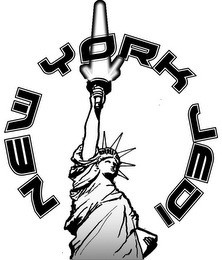 Since 2005, Michael Brown (he goes by Flynn Michael or simply Flynn as well) has been a thorn in Lucasfilms’ side. Flynn runs the Jedi training academy known as the New York Jedi. You have probably seen the group at ComicCons over the years and maybe some people you may know, or not even know but read their stupid blog, have participated in their Jedi training. Buuuut, big problem, despite attempts to license the use of the JEDI trademark, Flynn has not obtained such a license and this has caused him countless and wallet-depleting problems.

In October 2016, Disney sued Brown in Federal court  asking for up to $2,000,000 in statutory damages for counterfeiting JEDI marks appearing on apparel plus more for other acts of infringement. You can read a lot more about this lawsuit right here. This lawsuit apparently wasn’t enough for Disney. Last week, Disney moved to cancel the trademark that can be seen to the left. Why this trademark even got registered is anyone’s guess. First, Disney should have oppose the issuance of the trademark, but it did not. Second, the trademark examiner should have found the mark confusingly similar to Lucasfilms’ JEDI trademark.

A trademark cancellation proceeding on top of a lawsuit may seem like a bit of an overkill but Disney is tapping into its endless amounts of financial resources to start battles on many fronts. How Flynn is covering the expenses of these legal proceedings is a mystery. Apparently, counterfeit Jedi merchandise (alleged) is selling quite well. I really see no scenario where this winds up in a good place for Flynn. He better hope that Disney is willing to settle and will let him off easily.

Disney's All Out War Against the New York Jedi