Gatorade are true haters today. Gatorade has filed an opposition to the HATERADE trademark filed by a Texas brewery setting up a war between the drink that replenishes and the drink that refreshes. 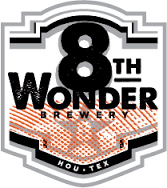 Stokley-Van Camp, Inc. is the Indiana company behind the most popular energy replacement drink, Gatorade. In 1967, Gatorade was developed by physicians and coaches at the University of Florida (the Gators, get it) to help football players cope with lose of fluids during practices and games played during the extreme Florida heat. The first GATORADE trademark was registered in 1968 and the company has gone on to produce a plethora of other products such as protein shakes and meal bars. Gatorade not only owns a trademark to the name but a registered trademark to the lightning bolt logo design.

8th Wonder Brewery out of Houston draws it name from the now defunct Astrodome but it also was the nickname of the true 8th Wonder of the World,  Andre the Giant. In May 2014, 8th Wonder began distributing Haterade beer which it describes as a a traditional German sour wheat beer brewed with coriander and sea salt. In association with the beer, 8th Wonder filed to register the HATERADE trademark. Stokley-Van Camp is not a big fan of the “Haterade” name at all and has filed similar oppositions in the past including one against a muscle building dietary and nutritional supplement powder also bearing the Haterade mark.

Last week, Stokley-Van Camp filed its opposition to the HATERADE mark claiming that people when they see the HATERADE mark on a beer are bound to think that the beer is authorized by or associated with Gatorade. While Haterade is clearly a parody of the very famous mark, parody does not justify registration of a trademark but is merely a defense to claims of infringement. The Trademark Office will not permit the registration of a trademark that is likely to be confused with an already in use mark. But, how likely would you be to confuse the sports drinks with the non-sports beer drink? These two seem to be polar opposites so if 8th Wonder decides to fight for this mark, the Trademark Office while undoubtedly need to do a lot of taste testing to see if the marks are confusing.

Brewery Has &quot;Gigantic&quot; Problem with Name of New Disney Movie