Halloween Week continues here at Pirated Thoughts. Below, we give you an update on a spooky story that first haunted these archives back in April 2015. 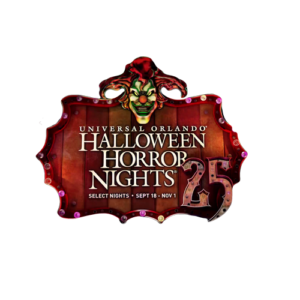 If all the cheesy music, sea sickness, and shuffleboard wasn’t scary enough now Celebration Cruise Lines adds some more horror to the open seas. However, the real horror started for Celebration when it tried to register a trademark for HALLOWEEN HORROR CRUISES and that is when Universal Studios suddenly appeared to try to put this registration to sleep, for good, and it did.
Celebration Cruise Lines runs a Halloween themed excursion out of Florida that is basically a haunted house on the water. The trips leave from Florida and head to the Bahamas and are not for the faint of heart. You can click here for a spoof commercial for the cruises. Last year, one of the voyages became extra scary for passengers as it struck ground forcing passengers to don life vests. There were no injuries and the boat was towed to shore but the passengers were not too pleased about the bonus scare. In association with its haunted cruises, back in October, Celebration filed a trademark registration for HALLOWEEN HORROR CRUISES. When the mark was published for opposition, that is when the horror began for Celebration.
Universal Studios runs its own Halloween themed events entitled “Halloween Horror Nights”. For the month of October, at night, the park is turned into a 21 and older scare-fest featuring several haunted houses, roaming scare zones and people chasing you with chainsaws. As a past visitor it is both amazing and frightening. Back in 1993, Universal applied and received a trademark registration for the HALLOWEEN HORROR NIGHTS mark that it is still using. Halloween Horror Nights is a huge money maker for Universal at both its Florida and California parks.
Universal Studios filed an extension of time to oppose the pending HALLOWEEN HORROR CRUISES mark. It is highly doubtful that Universal is going to start running cruises but people may be confused to believe that “Halloween Horror Cruises” is associated with “Halloween Horror Nights” when they are not. Universal Studios has until May 2nd to oppose the issuance of the mark. Either Celebration will be scared off and abandon the registration attempt, fight for the registration or reach an agreement with Universal Studios.
In an update, after filing this first extension of time, Universal requested another extension. It appears the parties were involved in settlement discussions. On July 22nd, Celebration formally abandoned its attempt to register the HALLOWEEN HORROR CRUISES mark.  I can only assume that Celebration work out some type of settlement or Celebration ran in fear from the fight.  No need to worry, the spooky cruises still continue but without a registered trademark.