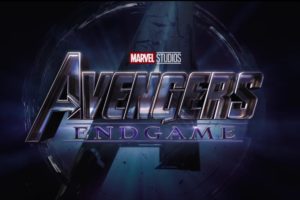 And boom, Marvel dropped a trailed for Avengers 4 revealing the subtitle as Endgame. So for a brief hot take on the title, Marvel has done everything to keep it secret but there might be a problem from a familiar entity.

All the secrecy is gone and Avengers Endgame has been announced. Prior to releasing the title of blockbusters, most movie studios file to lock up the trademark registration for a big title. But, Marvel did not do so here. In what I can image was an attempt for secrecy, no trademark application has been filed for ENDGAME.

Here is where things get tricky. In 2014, Fox filed a trademark registration application for a proposed movie named ENDGAME for “entertainment services, namely, presentation and distribution of audio and visual works in the nature of motion picture films” and has filed for extensions of time to put the mark in use since such time. So Fox had the bonafide intent to come out with a movie of the same name…strange.

I doubt Fox will fight its new Disney daddy over use of the mark but this is a weird situation that we will watch develop.

Pirated Thoughts is Back

For all of you out there sitting and wondering why there haven’t been updates to the blog in a long time…you really need to find something better to do with your lives. But seriously…

It’s been about a two month absence from the blog because a lot of things have changed. I mean it got colder here in New York, the nation fell in love with the Venom movie, for some reason, and I had a big career change. I wanted to focus my law practice on more things I cared about, fun things, like filing lawsuits and I filed a bunch of them. Update coming. Also, wanted to put the focus back on the good quality legal work that I do (and snarky blog writing) and found a great opportunity. I am joining my first firm out of law school where I learned so much and honored that they asked me back.

*As for the blog, oh heck yeah, you will be hearing about all the latest legal updates in the geeky fields from video games to comic books to movies. Thanks for all the support over the years and happy to be back!! *

DC Comics Not Feeling Pretty Over Kryptonite Nails and Beauty