If Ultraman though kaiju were a big problem, he never ran into a Godzilla-sized copyright dispute. The Japanese superhero that does battle with monsters is involved in a bitter copyright dispute over the ownership of the character outside of Japan. 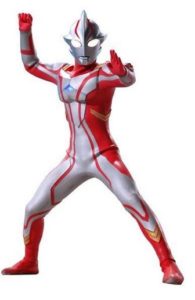 You probably have seen him before and maybe even some of his cheesy television shows but Ultraman is a popular Japanese superhero . The first Ultraman television series first aired in Japan in 1966 and was even spun-off into several motion pictures.  The show, much like the old Godzilla movies, had Ultraman take on a person dressed in a rubber suit while stomping miniature models of Tokyo. (Like the scene you can see in the bottom image.) Currently, a rebooted Ultraman movies is in the pre-production stages of development.
Ultraman was developed by Tsuburaya Productions Co, Ltd (“TPC”) and in 1976 the rights for the character and previous movies and television shows where granted to another party and then eventually to plaintiff UM Corporation (“UM”) for perpetual use in territories outside of Japan. Therefore, UM has the indefinite right to exploit Ultraman’s copyrights in every country but Japan.
In 2014, when one of UM’s licensees began uploading episodes of Ultraman onto YouTube, YouTube identified 114 published videos that overlapped the Ultraman works.  Those videos were uploaded by TPC, which currently only owns rights to exploit the character in Japan. TPC then claimed worldwide ownership to all the videos that it uploaded in 256 countries seemingly in violation of the 1976 agreement.
UM is concerned that this false claim of copyright ownership will result in United States investors and merchandising licensees being deterred from working with UM. UM asserts claims for copyright infringement related to the unauthorized reproduction of the works on YouTube and breach of contract for violation of the 1976 agreement. UM wants to be declared owner of the copyright to Ultraman outside of Japan and seeks unspecified damages and attorneys’ fees. I say lets put both the parties in monster costumes and settle their dispute the old fashioned way.

Feds Seek to Break Up Biker Gang by Taking Trademark