Can’t keep the Kardashians off the gossip pages or the IP blogs. The Kardashian clan was hit with a copyright infringement suit for allegedly stealing its social / video game, Kardashian: Hollywood from a video game developer. 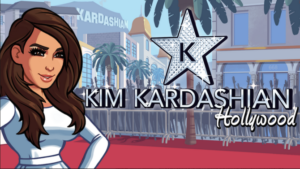 The “no Kardashian” stories edict has, unfortunately, been thrown out the window here after the “butt selfie” conundrum and now its a new dilemma for the group. Kung Fu Factory is an independent video game developer that has worked on such titles as Mortal Kombat: Unchained,* Mortal Kombat: Armageddon* and UFC Undisputed 2009; Kung Fu also has developed successful game apps for such movies as *SpongeBob *and Teenage Mutant Ninga Turtles. In 2011, Kung Fu prepared a proposal for a social / video game app for Kris Jenner (the mom one). The proposal consisted of demonstrations of gameplay, the overall look and feel of the game, the rendering of locations where gameplay would occur and how Kim (the sex tape one), Khloe (the tall one) and Kourtney (the other one) would look in the game. After reviewing the proposal, Kung Fu would occasionally hear back saying that the Kardashians are still considering the offer but no deal was ever struck between the parties.
In June 2014, the Kim Kardashian: Hollywood mobile game was released by another developer, Glu Mobile. In the game, a user creates their own aspiring celebrity and tries to rise to fame and fortune; unfortunately, there is no violence as part of game play. In its complaint, Kung Fu claims that the game looks substantially similar to its proposal but Kung Fu fails to set forth any details of why the two games are similar. Kung Fu just makes general allegations that the games are the not only substantially but “strikingly similar”. Guess we are going to just have to take their word for it. While complaints do not necessarily need to be overly detailed, it is very unusual to have no allegations of what was exactly copied. In video games, game play is not protected under copyright so the games need to look very much alike to prove infringement.
Kung Fu has sued Glu Mobile, Kris Jenner, John Doe Kardashian 6 to 10 (guess no one else can keep them straight either) for copyright infringement and breach of implied contract. Kung Fu seeks at least 10 million dollars (in Dr. Evil voice) in damages. Wonder if the Kardashians will take selfies in front of the court house?