Lot’s of crying coming from these two babies. Jonathan Bertuccelli, the creator of the NBA’s New Orleans Pelicans Mascot,”King Cake Baby”, has filed a copyright infringement lawsuit against the makers and producers of Happy Death Day claiming the killer wore a mask that is too similar to Bertuccelli’s creation.

New Orleans designer, Jonathan Bertuccelli, created “King Cake Baby” in 2009 and he is the mascot of the NBA’s New Orleans Hornets. In his lawsuit he claims that the look of his creation was copied, without permission, and used as the mask in Happy Death Day and its sequel.

Happy Death Day is a Blumhouse Productions movie released by Universal in 2017, that stole the premises of Groundhog Day, that featured the main character reliving the same day over and over again until she found out who her killer was. The killer wore the creepy mask that can be seen in the image on the right. When asked about the baby mask the director, Christopher Landon, said he needed a combination of something that would pass for a mascot on a college campus that was both scary and funny at the same time and he was expecting a son at the time and had “baby on the brain”.  The sequel to the movie, Happy Death Day 2U was just released yesterday. For my two cents, Happy Death Day was an enjoyable movie and worthy of a viewing. 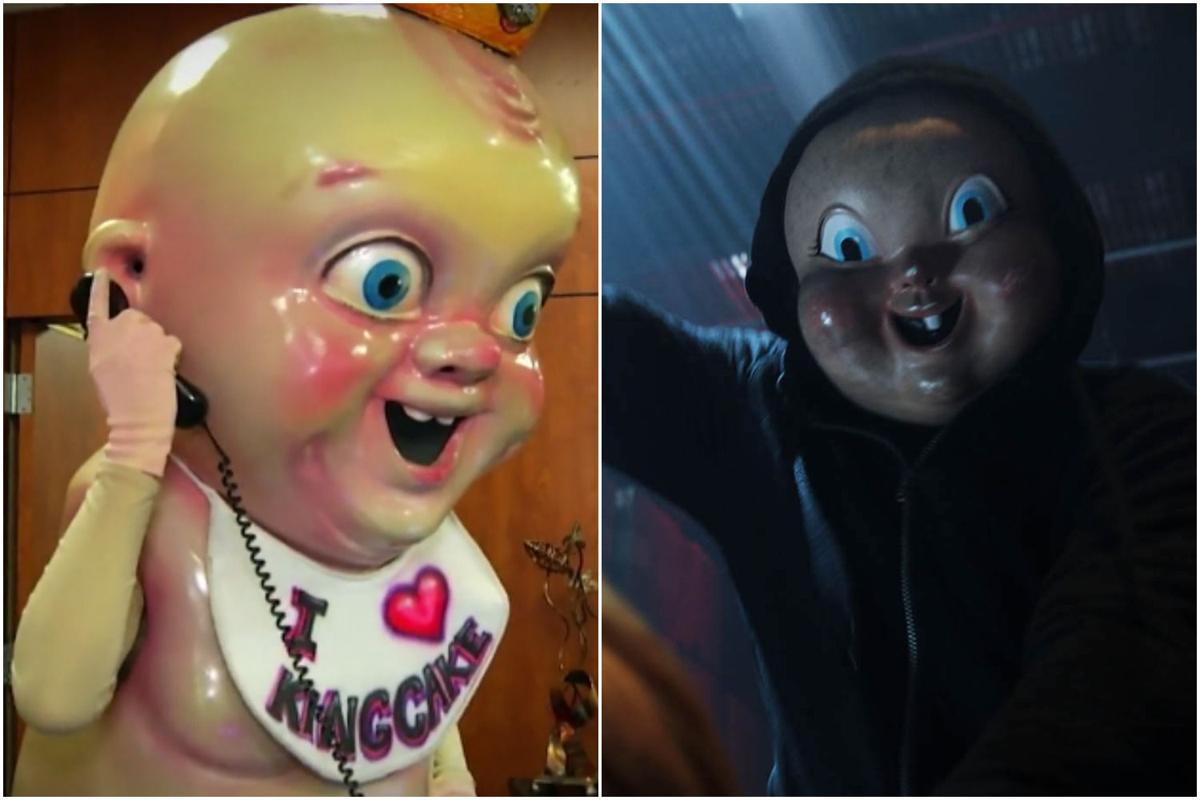 One thing to ask the plaintiff in this case, the first movie came out in 2017, why did he wait until the release of the second movie to file this lawsuit. If my intellectual property was being infringed, I would have tried to delay the release of the movie. Bertuccelli is requesting a portion of the profit from both movies that would surely buy a lot of pacifiers.