“Hand Solo” sounds more like a way to describe my dating years instead of a booze. Lucasfilm has opposed a company’s attempt to register the HAND SOLO trademark in association with its mezcal claiming it is too close to Star Wars‘ HAN SOLO. 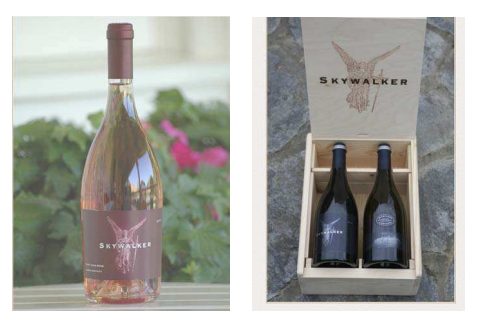 Allegro Spirits, S.A. DE C.V. filed a trademark registration for the term HAND SOLO in the most simple of trademark descriptions I have ever seen. The mark was not covered in a class that covers alcohol or spirits just “mezcal,” that is, just “mezcal”. I am not the biggest fan of mezcal so I have no clue if “hand solo” is some inside reference but googling didn’t come up with anything except someone who create a prosthetic arm.

Lucasfilm has opposed the mark claiming that people are bound to confuse HAND SOLO with that scruffy-looking nerf herder of a trademark HAN SOLO. Disney argues that confusion is more likely here because, shocker, Disney distributes merchandise that bears Stars Wars trademarks in adult beverages. You can see Skywalker wine to the right.

I can’t imagine anyone when they see the HAND SOLO trademark on wine wouldn’t think about Han Solo or Star Wars. Seems like this mark is a bit of a pun and puns don’t get register. Maybe the company can just put out Ahsoka Tano Tequila.

Lucasfilm Not Taking a Shot of "Hand Solo" Mezcal