It’s more like Christmas than April Fool’s Day for the people over at Pixar.  Pixar has given the free gift of its rendering software to anyone for non-commercial use so they can create their own films. 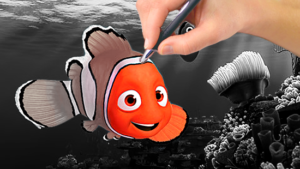 The amazing computer generated movies from Pixar like the Toy Story series, Up, and the upcoming Inside Out were created with a rendering software called RenderMan. Other Disney movies like Guardians of the Galaxy and Captain America: The Winter Solider have also used the software to make the impossible come to life on the big screen. Pixar has now made the software available for download for free and you can find it here. You can take any real life image, like a tea pot as seen in the video below video, make a 3D version and animate it. The software is a bit complicated so Pixar has also created an online community for users to share their creations here and gives you some how-to’s in the form of short videos here.
This is some amazing software and an amazing gift from Pixar.  RenderMan can be downloaded for Windows, Mac and Linux and is free for non-commercial use. If you want to profit from something created on RenderMan, you need to purchase the commercial license for $495. Pixar is opening the door for a lot of people to unleash their creativity and at no cost…unless you want to buy the commercial license, of course.