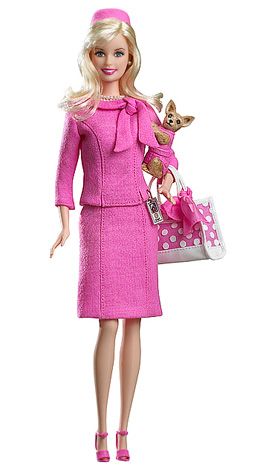 If someone starts a trademark opposition and the other party no shows, is it still an opposition?? The Paris Distilling Company, LLC attempt to register the trademark for its booze, OLD BARBEE was opposed by Mattel, the owner of the BARBIE trademark, but the booze company defaulted in responding to the opposition and appears to be walking away from the registration.

Paris Distilling Company, LLC filed an intent to use trademark for OLD BARBEE in association with alcoholic beverages. There are other Old Barbees out there but this was a mark not yet in use. Paris has filed other trademark registrations for other names but with not much luck. The company was refused registration of the name PARIS DISTILLING COMPANY with the Trademark Office arguing that it mostly a geographic and descriptive term.  This registration went equally poorly.

Mattel is the distributor of Barbie dolls and has several trademark registrations for BARBIE. Since 1959, Mattel has branded not just dolls but a ton of other merchandise, cartoons, and clothing with the BARBIE trademark. There is no doubt that when most people hear the name “Barbie” they automatically associate it with the doll and Mattel. Mattel opposed the OLD BARBEE trademark arguing that people, when drinking the booze and hearing the name, would wrongfully associate it with Mattel and its wholesome doll line.

When it came time for Paris to respond to the trademark opposition asserted by Mattel, it just disappeared. Paris defaulted on the proceedings and has not taken any action to rectify the default. So it is a defacto win for Mattel and the mark will not be approved. Perhaps, Old Barbee had a drink and thought this wasn’t worth the fight or just had one too many and forgot about the deadlines. If you file a trademark registration, be prepared to battle for it.