These magic pills don’t give you wings but they sure give you something else. Even though it does not use a flying bull logo, Red Bull is opposing a male enhancement pill’s bull with wings trademark because Red Bull says it is confusingly similar to its series of marks. 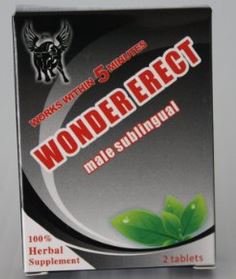 The Miracle Wonder Group, Inc. (“MWC”) is the distributor of a product called “Wonder Erect” which is an herbal supplement that purports to help you out when you find it hard to get going…but not in a Red Bull picker upper kind of way. The product comes in pill and easy to chew gum form. You can buy the product on Amazon and I’m sure at fine convenient stores located throughout the country. In May 2014, MWC filed a trademark registration for the logo that can be seen in the right and below in the image, a bull with wings; the bull is in black and white and not red.
In 2013, Red Bull sold an astonishing 5.4 billion units of its drink worldwide. With great sales, comes a great number of matters before the United States Patent and Trademark Office. Red Bull owns trademarks for several logos featuring bulls and derivations of the RED BULL GIVES YOU WINGS slogan but does not utilize a flying bull logo as a trademark; this isn’t stopping Red Bull from opposing MWC’s mark. Red Bull claims that MWC’s bull mark is intended to be a reference to Red Bull’s famous GIVE YOU WINGS mark and slogan. Red Bull argues that the pills also a form of energy-giving supplements, like Red Bull, and are likely to confuse users to think the trademarks are related when they are not.
Red Bull, since it does not use a flying bull logo, is asking the Trademark Office to deny this mark because its whole advertising campaign and series of trademarks would be confused with this proposed mark. Red Bulls’ campaign is that it gives you wings and therefore MWC is trying to confuse users by combining the two elements (a bull and wings) in its trademark. MWC has the option to fight for the registration of the mark or just abandon the request. If the matter goes forward, the Trademark Office will determine if the mark will be registered or if Red Bull is being too much of a bully in trying to enforce its trademarks.